Recently, we have been getting a number of our off-shore clients asking how they would go about migrating to New Zealand. The world is very fragmented and we are seeing a breakdown in social cohesion in a number of countries. People are looking for a back-up plan in case their situation deteriorates. In addition to holding gold off-shore, a number of our clients are investigating obtaining a second residency. This is a popular choice given New Zealand is considered one of the safest countries in the world, but due to its popularity it is not the easiest country to obtain residency from.

To assist those family offices that may be interested in obtaining residency in New Zealand, I have provided an article below written by Ellora Private Office. Ellora are a boutique law firm specializing in international private wealth and are based in New Zealand.

For more information you can email them at: info@elloraprivateoffice.com.

MADE IN NEW ZEALAND

New Zealand has been described by writer and photographer Nic Bishop in Untouched Horizons in the following manner, "Remote and untouched are definitions that give wilderness a special aura. Far from the trappings of civilization, nature assumes new dimensions. Mountains grow into grandeur when greeted on their own terms. Rivers assume a significance that would be overlooked from the roadside. Alpine flowers bloom with a sense of purpose absent in their relatives in manicured gardens. That some wild places remain outside our everyday reach is essential if they are to retain their integrity. Let us not forget that such regions enchant not only those who venture in on foot, but also others who are reassured simply by knowing that there still exists a heartland whose pulse beats with the rhythm of nature."

Not only has Hollywood put New Zealand on the world stage, but it has also received attention for its handling of Covid-19 with a record number of people expressing interest in migrating to the country.

ARE YOU THINKING OF MOVING TO NEW ZEALAND?

There a several routes a person and their family may choose to follow in order to migrate to New Zealand. There are two investor categories which are rather exclusive; generally only 400 applications are approved each year. With the right planning and guidance your family can be one of the next 400.

The first investor category requires a minimum investment of NZ$10m invested for three years. One is required to spend at least 44 days in each of the last two years of the three-year period or 88 days over the three-year period if a minimum of NZ$2.5m is invested in growth investments. The investments must remain in New Zealand for the duration of the resident visa period. There is no language or age restriction in this category, and dependent children up to the age of 24 years may be included in the application.

The second investor category requires a minimum investment of NZ$3m with a required stay of four years or 146 days in each of the last three years of the 4-year investment period. If NZ$750k-$1.49m is invested in growth investments, only 438 days spent in NZ is required over the four-year period. This category is a point based system whereby the applicant is invited to apply and can only do so if the application for expression of interest has been approved. The application will be considered and may or may not be approved. Same as for the first investor category, investment requirements apply, and dependent children may be included. However, potential applicants cannot be over the age of 66 years and a language test will apply.

Investments must be able to make a commercial return and be invested in New Zealand in its currency. Be invested in a legal enterprise or managed funds, have the potential to contribute to New Zealand’s economy and not be for personal use. ‘Acceptable Investments’ include New Zealand companies owned by overseas companies; residential property development with the purpose of making a commercial return on the open market and not for the applicant’s family and friends personal use; commercial property that is capable of a commercial return on the open market; philanthropic investments (which can only make up 15% of the applicant’s acceptable investment portfolio); and bonds. Growth investments are considered Acceptable Investments other than bonds and philanthropic investments. For managed funds, types of funds of investments within the fund is considered with the above criteria in mind.

An application that will have a growth investment portfolio will be given priority in not only its processing, but the overall investment amount and time required to be invested in New Zealand is reduced.

After the requisite time stay, permanent residency is granted whereby a person may travel in and out of New Zealand indefinitely. Citizenship is only granted where a person has been present in New Zealand for 240 days in each 12-month period or 1,350 days over a 5-year period. As of 1 st February 2020, New Zealand citizens had visa free entry or visa upon arrival access to 184 countries.

Compared to many countries, the New Zealand tax system is easy to navigate and understand and changes to the rules don’t occur that often which is ideal for one’s wealth planning, as it provides a degree of certainty.

New Zealanders must pay tax on their worldwide income. Residency occurs where the permanent place of abode is in New Zealand or 183 days within a 12-month period is spent in the country. Income tax is progressive at marginal rates of 10.5% - 33%. There is no state tax, gift tax, wealth tax, inheritance tax or general capital gains tax except for speculation on real property that is held for less than 5 years for the purpose of making a profit. This does not apply to real property that is the family home or is inherited. Capital gains tax will apply on foreign debt and equity investments which are acquired with the intention of making a profit. There is no payroll tax, social security tax or general healthcare tax. Social security and health is covered by general tax and private health insurance is optional. A sales tax of 15% applies to most things and excise tax is imposed on petrol, tobacco and alcohol.

Gains from certain foreign investments do not incur income or capital gains tax but can be taxable on an unrealized basis known as a Foreign Investment Fund (FIF). This applies to direct interest of less than 10% in foreign companies, foreign unit trust, foreign superannuation scheme or a right to benefit from a life insurance policy where a FIF is the insurer and the policy was not offered in New Zealand.

There are 7 different methods of calculating individual FIF income where one must be chosen and consistently applied in any tax year. Calculations are made not based on income received but based on overall income and losses derived. Method of calculation in any tax year should be made depending on the performance of the foreign portfolio for a favorable tax position.

An exemption applies where there is 10% or greater income interest and less than 5% in passive income (dividend, interest, royalties, and rent), however CFC rules may apply.

Company tax is 28%. A company is a tax resident of New Zealand if it is incorporated in New Zealand or has a head office; or the center of management or controlling director is in New Zealand.

BEFORE YOU TAKE UP RESIDENCE IN NEW ZEALAND

A person is automatically considered a New Zealand transitional resident if they have been absent from the country for more than 10 years, qualified as a New Zealand tax resident on or after 1 April 2006 and were not tax resident at any time in the 10 years before you qualified. A transitional resident is exempt on foreign sourced income for 48 months. However, this does not apply to foreign sourced employment income or foreign sourced income relating to services received whilst living in New Zealand. Additionally, at the end of the 48-month period, a person who is a settlor of foreign trust, has an additional 12 months within which to elect classifying the trust as a complying trust. If the settlement of the trust was made when the settlor was not a New Zealand resident, when they do become resident, they are liable for income tax as agent for the foreign trustee. Electing classification as complying trust will incur income tax liability of 33% compared to the default rate of 45% for a noncomplying. Ordering rules do not apply. Once a trust becomes a non-complying trust it can never become a complying trust. 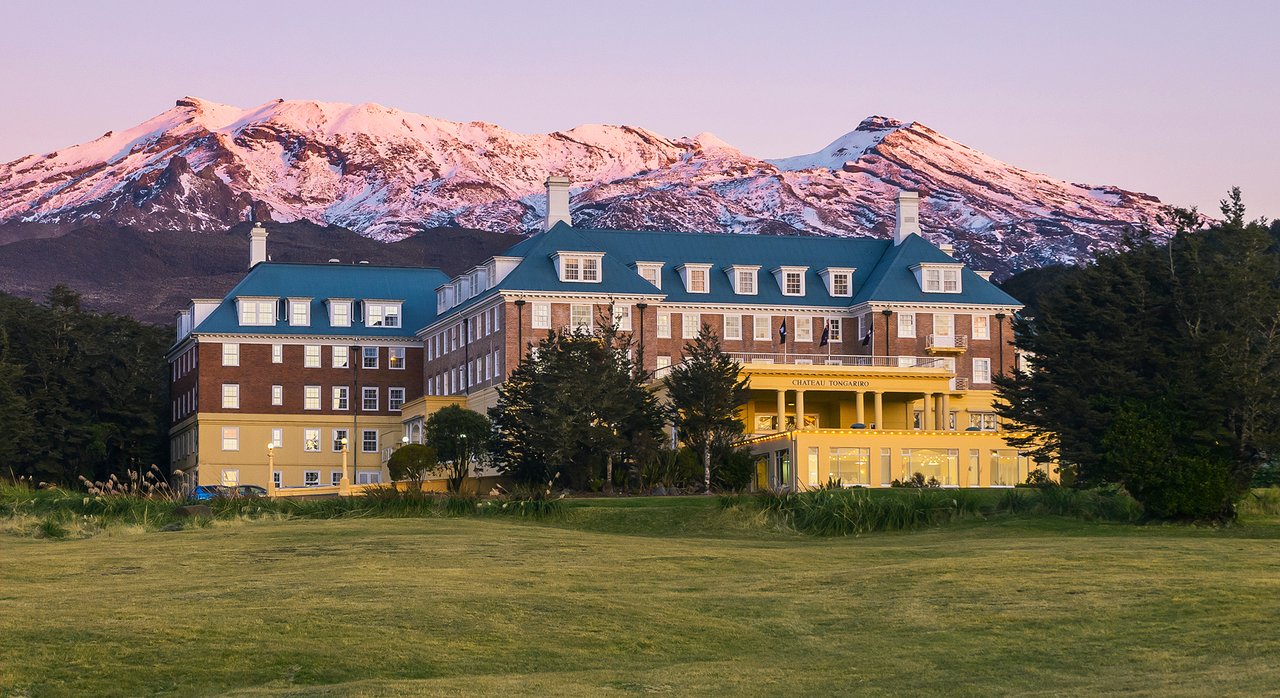 There has been unprecedented overseas interest in the purchase of land, forestry and residential property in New Zealand. Restrictions have now been put in place on overseas people wanting to invest in a controlling interest in a business asset under NZ$100m; invest in significant business assets over NZ$100m, purchase residential property; develop residential land, buy forestry; or invest in other sensitive land. This exclusion does not apply to Singaporean and Australian citizens and permanent residents who live in New Zealand. Otherwise consent is required from the Overseas Investment Office. New builds and commercial property are excluded.

If a person with a resident visa is thinking of purchasing any of the above-mentioned restricted assets, they should ensure that they spend the requisite days in New Zealand and obtain permanent residency and/or New Zealand citizenship.

A foreign plaintiff would need to bring an action on the judgment within New Zealand itself and only where that action is against a New Zealand resident or owner of assets in New Zealand, no action may be brought on non-monetary judgments such as injunctions.

There are four different methods to enforce a foreign judgment depending on the country where the judgment originated from. If the judgment is not from a listed country then the judgment is enforceable at common law but only if: it is a monetary judgment, and not for a sum in respect of taxes or penalty; the judgment is final and conclusive (even if subject to rights of appeal including where an appeal has been filed); and the foreign court has jurisdiction to give judgment against judgment debtor.

A judgment will not be enforced if it has been procured by fraud, is contrary to natural justice or enforcement is contrary to New Zealand public policy.

New Zealand offers you and your family: A wealth of natural splendor, high standard of living away from the increasingly volatile reality of much of the world, effective and respectful governance, a well-diversified economy with strong fundamentals and supportive frameworks for entrepreneurs and business in general, excellent education options and a strong healthcare system. With the right planning measures it can provide you with a private safe haven for you, your family and your wealth.

What next? It all starts with a private conversation with our team to explore the possible and cover all the questions you may have and from there we build a plan – step by step – to enable you to realize your dream life in magnificent New Zealand.